Raiders hope to do things by halves

Raiders NRL News
Posted By: Raidercast
Today at 07:36:58 PM
It's Canberra Raiders fans' first chance to see their new halves pairing in action. It's also the main thing coach Ricky Stuart wants to take out of the game. George Williams (quad) was named in the Green Machine's 26-man squad for their pre-season trial against the Canterbury Bulldogs at Port Macquarie on Saturday. Williams' first pre-season has been hampered by an extended international campaign for England last year and an injury since arriving in Canberra. But he's set to be unleashed against the Bulldogs on Saturday.

NRL News
Posted By: RNA
Today at 07:25:03 PM
Former Newcastle Knights' "legend of the game", Jarrod Mullen, is sentenced after pleading guilty to supplying cocaine in 2018.

Don't miss out on tickets to our trial match at Port Macquarie against the Bulldogs!   #WeAreRaiders

Game Day
Posted By: RNA
Today at 07:05:04 PM
Don't miss out on tickets to our trial match at Port Macquarie against the Bulldogs!    [/url] #WeAreRaiders 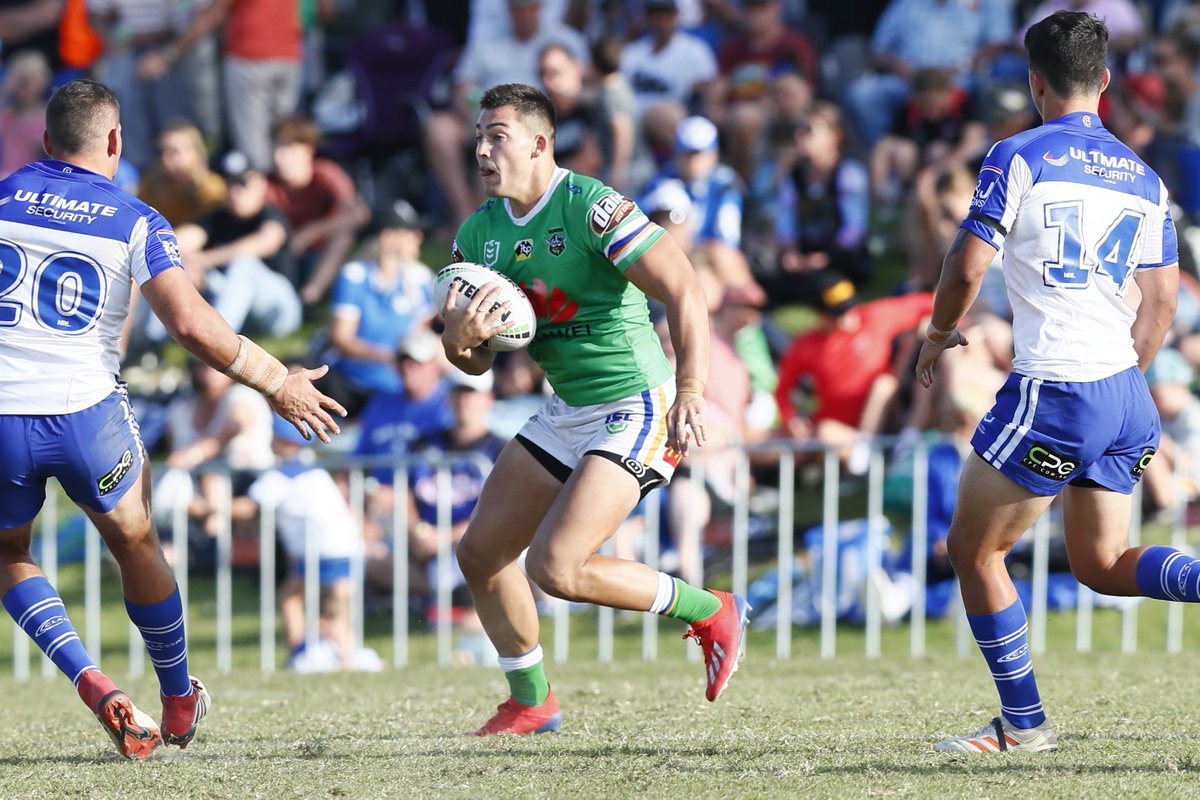 NRL News
Posted By: RNA
Today at 07:00:47 PM
Wests Tigers star Josh Reynolds has sent a defiant message to the woman who put his NRL career in jeopardy after assault charges brought against him by his ex Arabella Del Busso were today dropped by the police.

‘Still standing’: Reynolds’ rebuke to ex whose fake pregnancy ploy was like a ‘Netflix’ series

NRL News
Posted By: RNA
Today at 06:56:53 PM
NRL star Josh Reynolds has delivered a blunt rebuke to the woman who nearly caused him to lose his rugby league career and threatened his liberty — “we’re still standing, we’re still here.”

NRL News
Posted By: RNA
Today at 06:05:13 PM
Valentine Holmes has soaked up a return to his childhood home as he prepares to relaunch his NRL career with North Queensland.