Raiders NRL News
Posted By: Raidercast
Yesterday at 07:40:42 PM
The Raiders come up against the Eels, while South Sydney wins 18-14 against Wests Tigers via a Tom Burgess try in extra time. Follow our ScoreCentre for all the live scores and stats.

Raiders claim come from behind victory

Raiders Club News
Posted By: Raidercast
Yesterday at 07:25:41 PM
The Canberra Raiders have defeated the Parramatta Eels in the NSW Cup in a come from behind victory on Saturday evening at GIO Stadium.

Trailing 22-12 in the second half, the Raiders scored three unanswered tries to eventually win 30-22.

The Raiders wore black armbands in the match as a mark of respect for former lower grade coach Graham ‘Buck’ Rodgers who passed away earlier this week.

Raiders NRL News
Posted By: Raidercast
Yesterday at 07:09:46 PM
A fast-finishing Gungahlin Bulls capitalised on the sin-binning of Belconnen United Sharks winger Levi Kaloutolu to notch a 40-22 win at the old Raiders headquarters on Saturday. Kaloutolu's swinging arm on Rourke O'Sullivan earned him a 10-minute break, and allowed Neil Bijorac's Bulls to wrest momentum from the home side late in the first half, scoring twice down the Sharks' undermanned left edge. It continued the Bulls' perfect start to the season, but coach Bijorac said his side was still far from the finished product. "We put ourselves under too much pressure, we had eight or nine dropped balls and I think five or six of them were in their 20, you can't turn over that much ball," Bijorac said. "Last year I think we were none and three [to start the season] and trying to build our combinations.

There were some thrilling games across the comps, here are all the scores #CRRL21

Canberra Region Rugby League
Posted By: Raidercast
Yesterday at 06:51:25 PM
There were some thrilling games across the comps, here are all the scores https://www.raiders.com.au/news/2021/04/17/around-the-grounds-saturday-17-april-2021/ #CRRL21

A thrilling game at NSWRL HQ Bruce, with the Gungahlin Bulls proving too strong for the Belconnen United Sharks, winning 40-22 ... 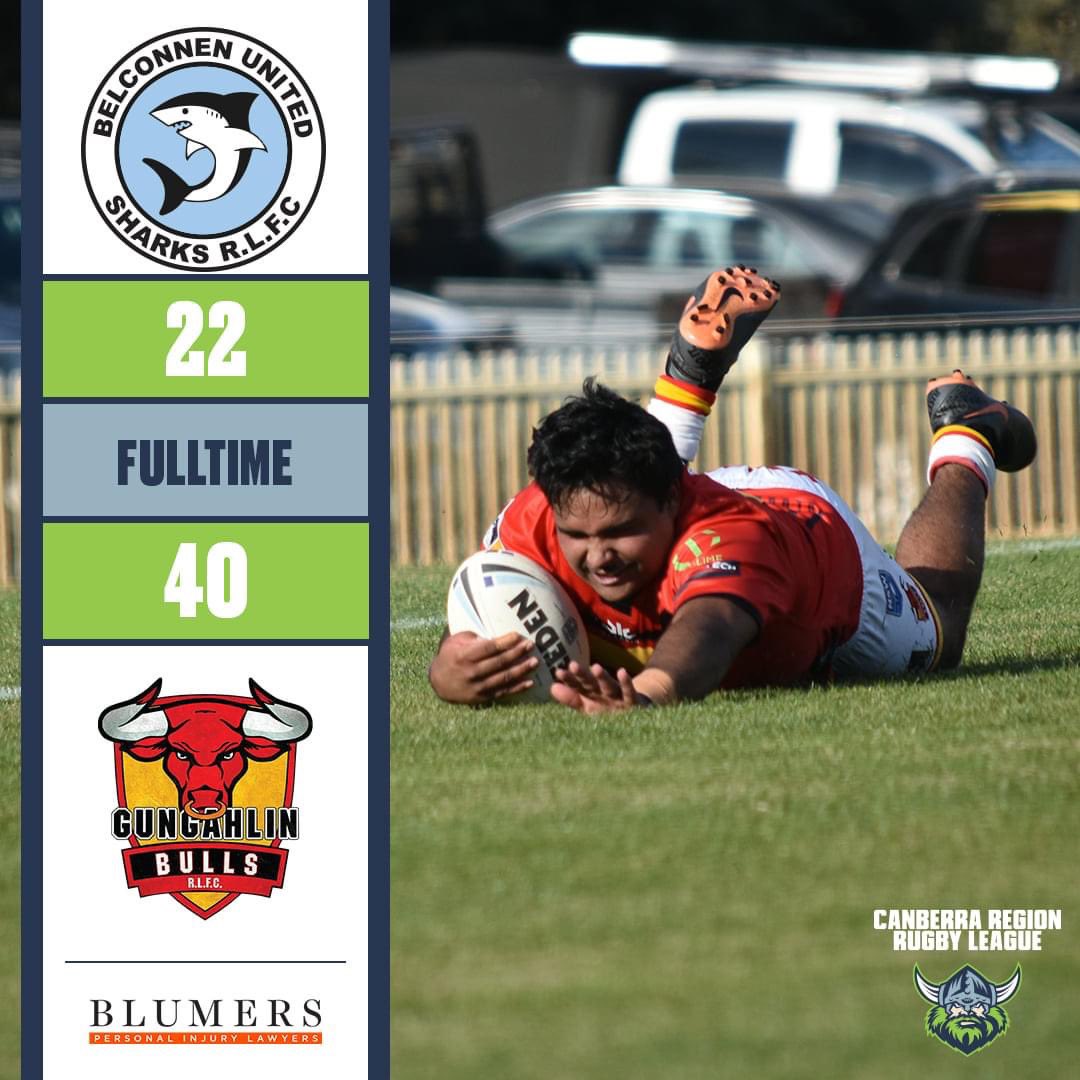 Raiders NRL News
Posted By: Raidercast
Yesterday at 05:34:08 PM
Both the Canberra Raiders and Parramatta Eels will be desperate to bounce back after disappointing losses when the two meet at GIO Stadium on Saturday night. The Raiders were outclassed 30-10 last week by the Panthers and lost fullback Charnze Nicoll-Klokstad (neck) in the process.

It sees Caleb Aekins start in the fullback spot as he looks to press his claims for a full-time role after biding his time in reserve grade.

Raiders NRL News
Posted By: Raidercast
Yesterday at 05:07:48 PM
The Rabbitohs host the Wests Tigers, while Manly bask in the glory of its 36-0 defeat of the Gold Coast. Later, the Raiders come up against the Eels. Follow our ScoreCentre for all the live scores and stats.

Raiders NRL News
Posted By: Raidercast
Yesterday at 02:34:35 PM
The Sea Eagles come into their clash against the Titans with a new spring in their step, before the Rabbitohs host the Wests Tigers and the Raiders come up against the Eels. Follow our ScoreCentre for all the live scores and stats.

Raiders NRL News
Posted By: Raidercast
April 16, 2021, 07:49:32 PM
Canberra Raiders coach Ricky Stuart has blasted the Penrith Panthers players involved in last week's on-field scuffle with his side for trying to act tough as he urged the NRL to crack down on jersey-tugging incidents.

The behaviour of Penrith's stars was put under the spotlight this week following Stephen Crichton's contrary conduct charge for his role in a minor scuffle during last week's win over Canberra, which occurred during a Penrith try celebration.

Crichton landed himself in trouble for pulling Canberra's Joseph Tapine into his celebration before tensions boiled over. The Penrith centre was slapped with a $1350 fine.